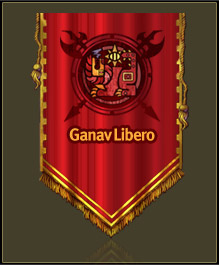 Wanderers and travelers crowded into this city one by one and finally it became a huge union. Five elders in the city then came together and the nation Ganav Libero was born.

Many people in Ganav Libero farmed and hunted for a living and created what they needed with mysterious magic power.

Their lifestyle supports freedom and living creatively. On the battlefield they never fight in a certain manner or with typical maneuvers. They use innovative tactics and surprise their enemies in every battle and conquer with invincible minds and spirits. 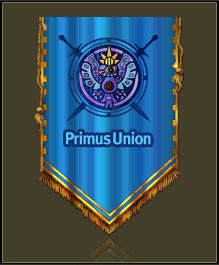 Hundreds of merchant guilds became united by a man named “Vakaven Kahharl” and it became the nation of Primus Union. Primus Union is the center of trade and production. This nation is the largest, and is still growing; it never seems to stop expanding.

However, since many guilds were united by one absolute authority, this nation's rule is strict and faithful. Primus Union fights for loyalty and honor on the battlefield, so they refuse to ambush or use vulgar tactics. To win, is to win with prowess alone.